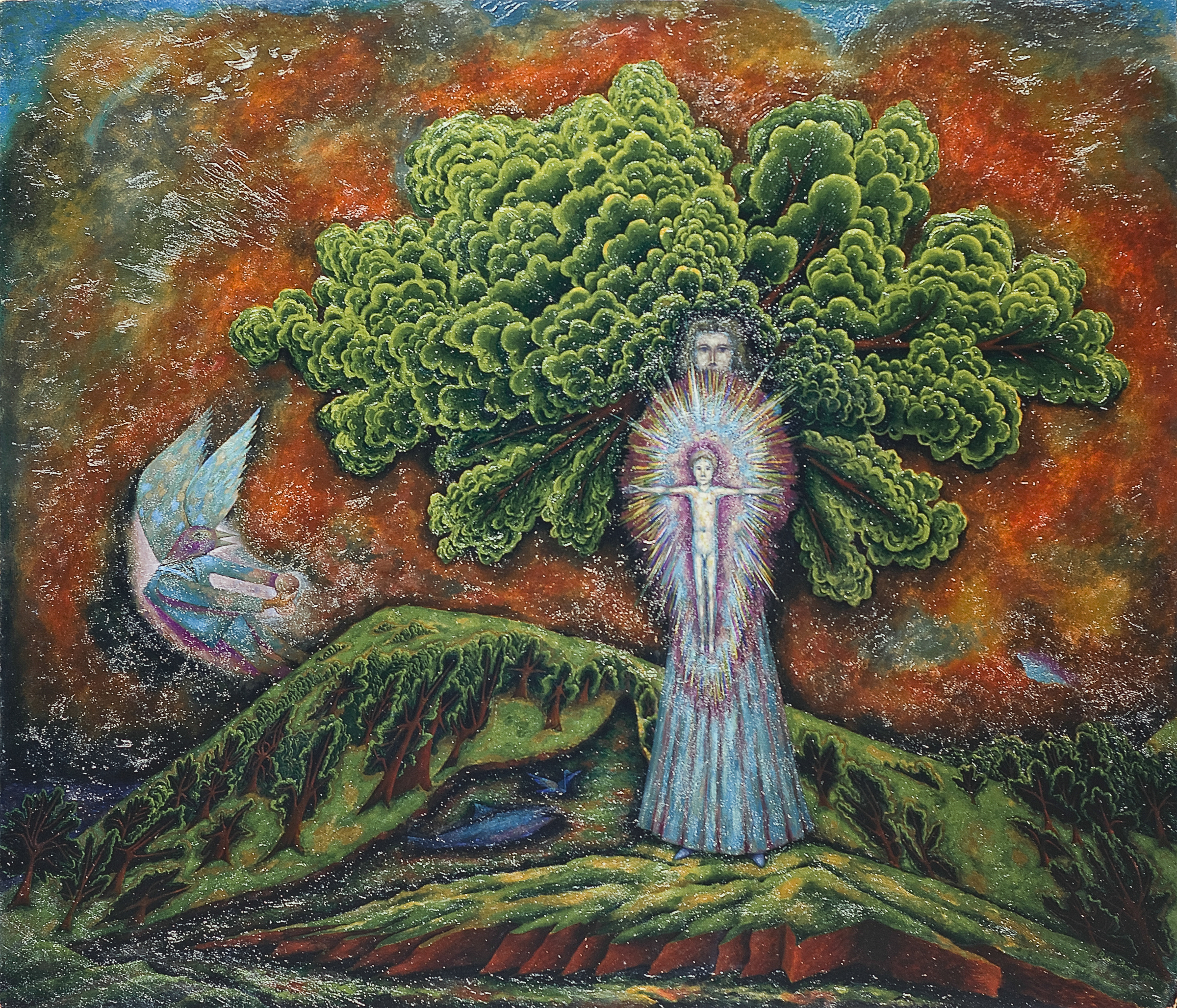 A Definition of the Feminine

Ever since I had the visionary dream of the cosmic woman I have wondered what her message was. Why did such an image appear to me and what was it asking of me? What, in its deepest sense, does the word ‘Feminine’ mean? As I am defining it in this book it does not refer to the female sexual attractiveness that is so promoted in today’s world, nor to the qualities of caring and gentleness usually, though not exclusively identified with women, nor to the feminist agenda of the empowerment of women in a man’s world.

It stands for the recognition that we live within a Sacred Order and that we have a responsibility to protect the life of the planet and all the variety of species it embraces instead of exploiting them for the benefit of our species alone. In sum, the word ‘Feminine’ stands for a totally different perspective on life, a totally different worldview or paradigm of reality and for the feeling values which might  reflect and support that worldview. It stands for a new planetary consciousness and the arduous creation of a new kind of civilization.

Without reconnecting to the Soul and the guidance and wisdom of the Feminine, without going in search of the values it represents and opening our own heart to its subtle guidance, we will not understand the purpose of our presence on this planet, nor will we be able to disempower the unconscious atavistic tendencies which draw us ever closer to the destruction of our habitat and therefore to self-annihilation.

The resurgence of the Feminine invites a new planetary consciousness where the deepest instincts of the heart in both men and women – compassion, informed intelligence and a longing to protect, heal and make whole – are able to find expression in ways that can best be described as devotion to planetary and cosmic life.

Christopher Bache, in his extraordinary book, LSD and the Mind of the Universe describes this powerful new soul-awakening: “The great difficulty I have is in describing the enormity of what it being birthed. The true focus of this creative process is not individuals but all humanity. It is actually trying to reawaken the entire species. What is emerging is a consciousness of unprecedented proportions, the entire human species integrated into a unified field of awareness. The species reconnected with its Fundamental Nature. Our thoughts tuned to Source Consciousness.“

As it becomes more conscious in us, we are already becoming aware of our dependence for our continued existence on the integrity and sustainability of the planetary biosphere. Our image of reality and our relationship with the planet and with each other are being transformed as we assimilate the implications of this ‘marriage’ of the two primary archetypal principles which, in Kabbalah, correspond to the left and right-hand pillars of the Tree of Life.

The return of the Feminine has the impact of a planetary earthquake, dissolving long-established social patterns, political and financial systems and religious institutions, asking for a radical transformation of our values, our relationships and our understanding of life.

I think we can find this new evolutionary impulse reflected in a drawing by Henry Moore, drawn at the darkest time of the Second World War. It shows a group of people gathered round a huge shrouded figure, their smallness dwarfed by its towering height. Beneath the shroud and the ropes which hold it in place is a feminine shape.

This drawing suggests that a new image of spirit, or perhaps a long-lost one, was stirring to life in the collective soul of humanity, waiting to be unveiled, waiting to be recognized and received by us. Henry Moore’s greatest sculptures have the same feminine impress.

His “Shelter” drawings take us back to the maternal womb hidden beneath the earth—the cave-like underground passages where we sought sanctuary as bombs rained death upon our cities. Many of his sculptures and drawings focus on the image of a mother and child or the monumental figure of woman. His work points to the resurgence of the feminine archetype in the human soul and the global awakening of the Anima-mundi or World-Soul.