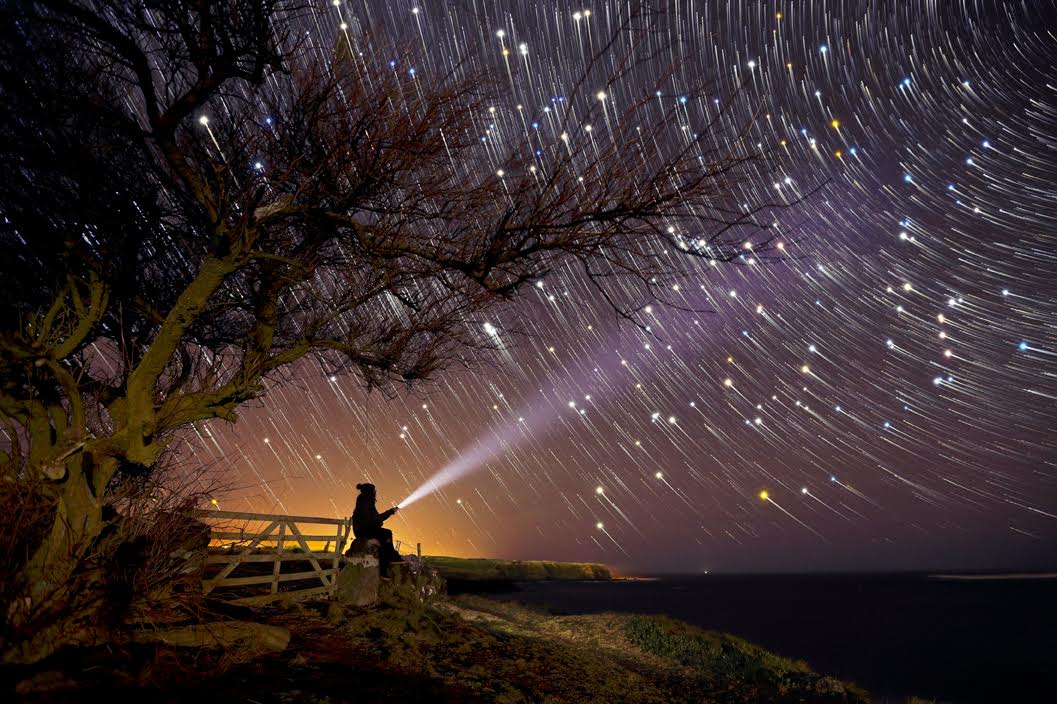 A Metaphysical Revolution and a New Cosmology

Science has given us a fantastic new story — the story of the evolution of the universe and the story of ourselves as witnessing and participating in an unfolding cosmic drama. The discoveries made by the Hubble telescope, as well as the discovery that the universe came into being 13.7 billion years ago, have utterly transformed our perspective on the evolution of cosmic and planetary life and our own origins.

The intuitive mind is a sacred gift. The rational mind is a faithful servant. We have created a society that honours the servant and has forgotten the gift.

Edwin Hubble (1889–1953) has been compared to a new Copernicus and the famous telescope he developed has revealed a universe that is not only incredibly vast and incredibly strange —even terrifying in its immensity — but also breathtakingly beautiful, as if painted by a cosmic artist of unparalleled genius. The view of our planet from the moon, the ever-expanding dimensions of the universe, the ongoing complexity of the sub-atomic world and the story of the biological evolution of life on this planet may all be called revelations.

The powerful archetype of the quest lies behind science’s drive to discover the secrets of sub-atomic matter and the astonishing complexity of the workings of the brain revealed by neuroscience. It is the instigator of the Apollo Mission to the moon and the breath-taking exploration of the depths of cosmic space. But, as Einstein said,

Behind the tireless efforts of an investigator there lurks a stronger, more mysterious drive: it is existence and reality that one wishes to comprehend.

A great scientist like Einstein or Hubble may be compared with the visionary or seer who sees beyond the boundaries of the known. He or she will be drawn to make discoveries that will take us out of Plato’s cave where we have spent millennia watching the play of shadows on the walls instead of seeing clearly the extraordinary nature of the reality in which all our lives are embedded.

The discoveries of science have given us a cosmology as radically different from the Copernican and Newtonian ones as these were from the Ptolomaic one. We know that the sixteenth century discovery that the earth moved around the sun had a profound impact on the hierarchical structure of society: as well as promoting a feeling of disorientation, it gave rise to a tremendous sense of freedom as the medieval view of reality ceded ground to a new vision. So it is today in the surging creativity of our times that attends the deconstruction of an old paradigm and the birth of a new one.

Who would not marvel at the power of the human mind to explore these mysteries and the inventive genius which has led to the creation of those essential aids of exploration, the telescope and the microscope and the most recent instruments for exploring the distant planets?

Science and technology have also transformed every aspect of our lives. What was it like to live without electricity, heat, rapid transportation by rail, car and plane, without telephone, computers, mobiles and all the aids to domestic life? What was it like to live in fear of fatal diseases like smallpox, leprosy, diphtheria, cholera and polio when there was no hope of a cure?

Thanks to the revolution in medicine, energy, computer technology and transport as well as the fields of research more specifically associated with science, our length of life, our standard of living and our opportunities for communication with each other have been totally transformed from those that existed a century ago. New technologies, such as nuclear fusion, fuel-less cars, and solar energy applied to heating whole cities are being developed which may eventually diminish our dependence on fossil fuels and counteract the acceleration of global warming. Mobile phones and the Internet connect people all over the world to each other.

Consciousness as the Ground of Reality

In a secular culture that has been profoundly influenced by the materialist science which is upheld by the majority of scientists worldwide, there is no awareness, as there was in earlier cultures, of the existence of a dimension of reality which might be compared to the starry night sky—a hidden dimension which can only reveal its presence when the sun’s bright radiance is dimmed. Just as it dawned on the early Portuguese explorers that the world was not flat but round so the realization is dawning that the universe may not consist of dead, insentient matter but is conscious in every part of itself, down to the minute particles within the atom.

Einstein said that we cannot solve a problem from the level of consciousness that created it. We have to create the new context in which the solution to a problem can appear. The new context to which the formidable discoveries of science may be aligned is the idea that consciousness rather than matter is the ground of reality and the creative force that has brought the universe into being. Like the prince in the fairy tale of the Sleeping Beauty, this idea is opening a way through the hedge of thorns thrown up by centuries of entrenched beliefs, whether religious and scientific. It has the power to awaken our soul, nurture our imagination, and arouse in us a deeper capacity for relationship with each other and our planetary home. Like the giant UFO in the film Close Encounters of the Third Kind, it seems that an immense, invisible field of consciousness is making itself known to us, asking to be recognized by us. The realization that we participate in a dimension of reality that is the source and ground of our own consciousness may eventually shatter the belief that material reality is all there is; that we exist on a randomly created planet in a lifeless, purposeless universe and that there is no life beyond death.

It is the discovery of the quantum vacuum that is changing our view of reality. It seems that we may be immersed in a sea or field or web of energy that is co-extensive with the immensity of the visible universe and the most minute particles of matter. This invisible web connects every one of us to each other and to every aspect of life in the cosmos. Just as we are now discovering that consciousness is distributed through every cell of our body, so we are discovering that it may be present in every photon or particle of light throughout the universe. This discovery tells us that we are literally bathed in a sea of light, invisible to us, yet permeating every cell of our being.

This emerging vision is described by Christopher Bache, who, in a striking passage from his book, LSD and the Mind of the Universe (previously Dark Night, Early Dawn) describes his own experience:

“I saw humanity climbing out of a valley and just ahead, on the other side of the mountain peak and beyond our present sight, was a brilliant, sun-drenched world that was about to break over us. The time frame was enormous. After millions of years of struggle and ascent, we were poised on the brink of a sunrise that would forever change the conditions of life on this planet. All current structures would quickly become irrelevant… I saw that evolution was indeed no accident but a creative act of supreme brilliance and that humanity was being taken across a threshold that would change it forever.”

The entire human endeavor has been emptied of existential purpose and significance because it has been judged to be a product of blind chance. When one gains access to the inner experience of the universe, however, one learns that, far from being an accident, our conscious presence here is the result of a supreme and heroic effort. Far from living our lives unnoticed in a distant corner of an insentient universe, we are everywhere surrounded by orders of intelligence beyond reckoning.”

What Bache’s experiences revealed to him is that the entire universe, seen and unseen is, in his words, “a unified organism of extraordinary design reflecting a massive Creative Intelligence.” All this was once known and has long been forgotten. Despite the firewall set up by materialist science, it is being recovered now and is leading to the recognition that the universe and all that we call nature are ensouled and sustained by the unimaginable Intelligence that Bache calls Sacred Mind.