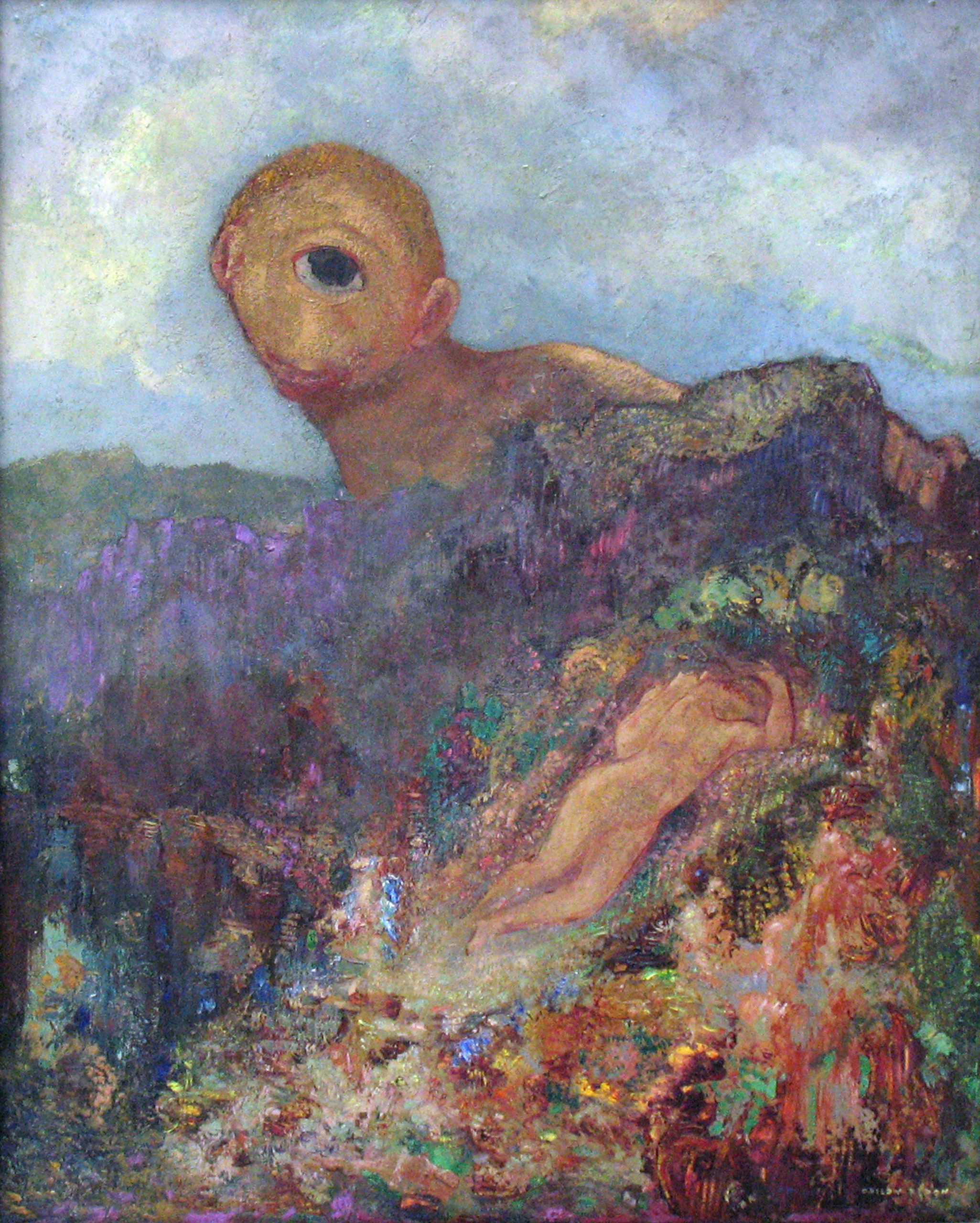 Early in the 20th century the French artist Odilon Redon painted a picture of the one-eyed giant, the Cyclops. Its single eye gazes out over a flower-strewn expanse where a naked woman lies in a brilliantly luminous landscape. To me, the image of the Cyclops reflects the constriction as well as the inflation of the modern mind which, unaware of the vast dimensions of planetary and cosmic life on which it rests and out of which it has evolved, believes itself to be in control of nature and its own nature. It evokes Blake’s much-quoted words: “May God us keep from the single vision and Newton’s sleep.”

Yet the painting also communicates a tremendous sadness, the sadness of a one-eyed consciousness that is cut off from its ground; that has no relationshipwith soul and with nature, personified in this painting by the woman lying on a flower-strewn ground. The rational or literal secular eye stands lonely and supreme, alienated from the landscape of the soul.

So we come to the present time where, in a secular culture, the rational human mind has established itself as the supreme value, master of all it surveys, recognizing no power, no consciousness beyond itself. It has lost its connection to soul, not only soul in the individual sense but soul as a cosmic matrix or field in whose life we participate.
In its hubristic stance, the modern mind has become disconnected from the deeper matrix out of which it has evolved.

Modern Man talks of a battle with nature, forgetting that, if he won the battle, he would find himself on the losing side.

From this brief survey of the solar era which has, it is true to say, focused more on the dark than on the light aspect of this age, it is possible to see that the belief system of scientific materialism (reductionism) which now dominates our culture and which will be explored in this chapter, can be understood as the end-result of the long-standing dissociation of spirit and nature, mind and matter but, above all, the sundering within us of thinking and feeling, rational mind and instinctive soul — the solar and lunar, conscious and unconscious aspects of our nature.

There is a moment in a book called A Journey in Ladakh by Andrew Harvey, where he records the words of a Tibetan monk, Nawang Tsering. Referring to this present time as Kali Yuga – the Age of Darkness and Destruction – Nawang says that the great danger for the world now is the loss of spiritual vision and that our task is to keep that vision alive, to see that it lives through these dark times. He speaks of the powers of love, healing and clarity that lie latent within each one of us and asks that we should strive to develop these, both for our own sakes and for that of others and says that we will need to attune ourselves to the deepest levels of spirit if we are to have a hope of surviving this era.

In the midst of this present darkness, how can we invoke the powers of love, of healing, of clear vision?
How can we become aware of the influence of the deeply embedded beliefs outlined in previous chapters and understand how they are still controlling us and contributing to the ongoing suffering of humanity?