I believe that Jung can be placed among the great astronauts of the soul who have opened our awareness to the existence of another dimension of reality and given us a deeper insight into the unrealized potential of our nature. 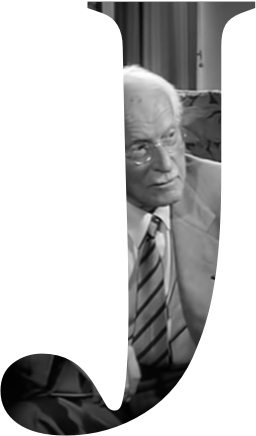 A Titan of innovative thought

I have included a chapter on Jung in this book because, in the last century, he was the primary influence on the recovery of the Feminine and the dimension of the Soul. His influence has been far-reaching and profound although many people may not be aware of how his discoveries have affected our culture. Jung was one of the cultural heroes who made the shamanic journey into the underworld of the soul and returned with a treasure that has enriched our culture. His greatest longing and his life-long task, as he saw it, was to build a bridge between the reality we see and know with our physical senses and another unseen reality. In the field of astronomy, Copernicus and Kepler transformed the medieval worldview by displacing the earth from its position at the centre of the solar system. Jung did the same for the modern psyche, displacing the conscious mind or ego from its central position by introducing the concept of a deeper matrix of consciousness to which the ego is related as child to mother and out of which, in evolutionary terms, it has emerged. He reconnected the solar consciousness of the rational mind with the lunar consciousness of the instinctual soul,

so healing the dissociation in the psyche and restoring to Western culture in a modern context the shamanic way of knowing that has been increasingly lost over some 4000 years. More specifically, it could be said that he opened the door to the right hemisphere of the brain and to the intelligence of the heart, both of which have been closed off during the course of the scientific revolution of the last four hundred years, leading ultimately to the denial of the existence of the soul. As a potential carrier of consciousness for the whole culture, he had to engage with its need to recover the connection to what he called the spirit of the depths. He knew that ignorance of the tremendous power of the archetypal powers which lie beyond the range of the limited conscious mind, puts us at risk of being taken over by them, falling into fanaticism and the dissolution of our humanity—something that we can increasingly see happening in our world at the beginning of this new millennium.

Selected Excerpts from Chapter 11 from my book: The Dream of the Cosmos