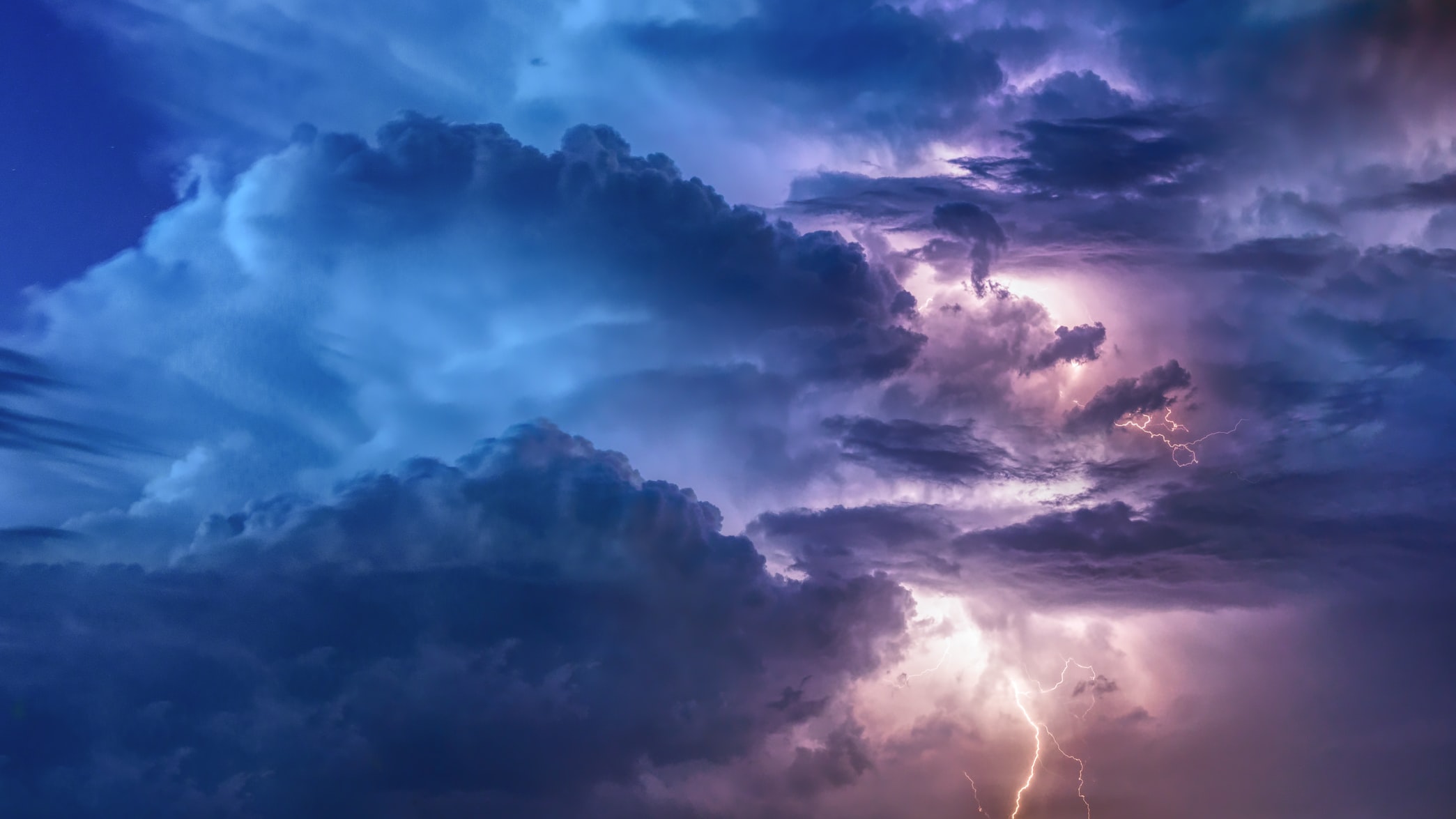 The Importance of Myth

Like the Rosetta Stone, the greatest myths contain a meaning which can be decoded from the symbolic imagery that conceals it and used as a key to a deeper understanding of life. In the words of the great mythologist, Joseph Campbell, “Myth is the secret opening through which the inexhaustible energies of the cosmos pour into human cultural manifestation.”

Certain myths have the power to heal and transform if their images are understood in relation to the soul. In symbolic images and allegorical stories they tell of the hidden workings of the spirit within the matrix of the soul.

They chronicle the evolution of human consciousness and the tremendous struggle for greater consciousness through search, suffering and heroic endeavour that the human story represents. Such myths can be applied as much to the life of an individual as to the life of a culture or to the whole evolutionary journey of humanity on this planet. They describe what has to be accomplished over and over again, if humanity is to reach the goal that spirit intends. They tell the story of the quest for a deeper, more complete relationship with life that is described as the treasure—the supreme value. The treasure is not power, nor any kind of supremacy over any thing or any one. The treasure is an enlightened state of being or, in the more familiar language of the West, the wisdom, insight and compassion that are the fruits of a relationship with the hidden ground of life.

In European civilization there was a wealth of ideas that had to go underground, since they could only escape persecution by being hidden in metaphor and allegory. Only now are they emerging, having been preserved for the day of their ‘resurrection’ by a strong mythological tradition expressed in alchemy on the one hand and in countless legends and stories such as the fairy tale of the Sleeping Beauty and the legend of the Holy Grail on the other.

The revelations transmitted by awakened individuals in all cultures later become embodied in religious institutions which gradually lose or exclude elements that are vital to our balance and well being. A tendency to crystallization, dogmatism and literalism may cause religions to become fixated in the past, unable to apply their great revelation to the human soul and contemporary events. In the case of the three patriarchal religions, there has been an excessive emphasis on the masculine principle, on theological dogma and an insistence on belief rather than the transformation of consciousness as the path to God. As Chapters Seven and Eight have shown, oppressive social customs became associated with specific beliefs.

in Sumer, the Descent of Inanna; in Egypt, Isis’s search for the fragmented body of Osiris; In Babylonia, Ishtar’s descent into the Underworld and her rescue of her son Tammuz, and in Greece, Demeter’s search for her daughter Persephone. The theme of death and regeneration common to all these great lunar myths is applied to the transformation of the consciousness in the alchemist:

In alchemy, the alchemist undertakes the redemption of his own soul and, simultaneously, of the Anima-Mundi or hidden feminine aspect of spirit imprisoned in matter.

Alchemy transposes the images and themes of ancient mythology — the rescue of the divine element (son or daughter) lost in the underworld, the quest for the treasure and the image of the sacred marriage — to the human soul. It also incorporates the shamanic tradition of the initiatory death and rebirth involved in the process of becoming a shaman, which is what the alchemist, in effect, was.

He became (with the help of divine grace) the redeemer of his soul, discovering the revelatory experience of the treasure. Men and women sometimes worked together as partners to bring into being the treasure of the alchemical gold as did Nicolas Flamel and his wife Peronelle in 14th century Paris, where, amazingly, their house still stands. The partner in the alchemical Work was called the “soror mystica” or “frater mysticus”.

There is a fascinating story about Nicolas Flamel. One night he had a dream that an angel came to him. The angel held a book, the book of Abraham the Jew, and spoke these words to Flamel, “Look well at this book, Nicholas. At first you will understand nothing in it but one day you will see in it that which no other man will be able to see.” Not long after having this dream a man came into Flamel’s book shop carrying a book. Flamel recognized it as the same book the angel had held out to him. He purchased the book and for twenty one years studied its mysterious twenty-one pages in search of the fundamental secrets of nature. He was one of the few alchemists who with his wife Peronelle, was able to create the physical gold and with this he endowed many hospitals in Paris, some of which still exist today. He designed his own tomb and covered it with alchemical images. When it was opened years after his death, his body was missing.

The Image of Gold

Gold is the image that comes to mind when alchemy is mentioned—gold or the mysterious philosopher’s stone. This gold or stone was said to be not only a cure for all disease and sickness but was thought to represent the awakened subtle or spiritual body that would act as a vehicle for the soul in the worlds beyond this one. The gold or stone symbolizes the gift of wisdom, insight or gnosis and the power to heal human suffering as well as awareness of the presence of the subtle soul body.

The symbol of the alchemical gold was the circle. In many images and symbols which have their origin in Egypt, the alchemical quest describes the process which transmutes what we are into what we are capable of becoming; transmutes us from base metal into gold, bringing us from a state of ignorance and fragmentation into one of enlightenment and wholeness. It gradually opens our eyes to an incandescent vision of reality. It brings into being a deep state of communion between our consciousness and the invisible dimension of spirit. “Alchemy is not merely an art or science to teach metallic transmutation, so much as a true and solid science that teaches how to know the centre of all things, which in the divine language is called the spirit of life.” (highlighted)

At the present time, the neglect of our inner life and our deepest instinctual needs has led to the situation where, as in the Grail legend, the territory of the soul is in the grip of a terrible drought. Few people understand any more what the landscape and the language of the soul are like; few can read the images that are like hieroglyphs whose key has been lost. An understanding of the basic concepts of alchemy can help us to reconnect with the soul and with the hidden ground of life. The alchemical images yield their secret to those who contemplate them.

The Need to Awaken

The evolution of human consciousness on this planet is a very slow gradient of ascent from unconsciousness to self-consciousness and, ultimately, to awakened consciousness. There are many set-backs and long periods of stagnation and incubation. The whole of humanity suffers because the increase of consciousness is so slow and the transformation needed to diminish human suffering and ignorance so difficult to implement. Now, it seems that because of the turmoil in the world and the harm to the planet caused by our unconscious behaviour, our evolution is being accelerated, taking us to a point where we have to make the choice between transformation and annihilation.

It is as if, during the last seventy years or so, we have been placed in an alchemical retort, forced to live through the fire of transformation, for the most part, unconsciously. The more individuals who are able to awaken to this process of transformation and cooperate with it, the less suffering there will be for the whole body of humanity because, essentially, we are one life. Collectively, humanity in the last century and this one has been through a fiery calcinatio, an alchemical term for the first stage of the alchemical process. We have witnessed the images of incineration in the gas ovens of Auschwitz, the fire bombing of Coventry, Hamburg and Dresden, the obliteration of Hiroshima and Nagasaki, death by napalm, depleted uranium and white phosphorus bombs, the horrific fiery collapse of the twin towers, the bombing of Baghdad and all the senseless acts using explosives to destroy lives. These facts, combined with the suffering and destitution created by wars, by the sale of arms, by corruption, greed and fear asks that whoever is able to, contributes to the process of awakening and transformation that is now engaging the whole of humanity.

In relation to the lives of those whose desperate concern is survival, this inner work may seem irrelevant, even absurd, yet if change in the world situation is ever to come about, it can only come through an increase in the number of concerned and committed individuals engaging in the awakening and transformation of their own consciousness and giving expression to that transformation in some form of service to the world. This service may take the form of the struggle for freedom from oppressive regimes. It may seek to alleviate the hunger and deprivation in areas where starvation stalks the lives of millions, or the liberation of women from oppression and servitude to religious beliefs and social customs, or the protection of the planet from the failure of governments to take collective action on its behalf. Whatever form it takes, its inspiration will spring from a changed perception of life and an awakened and compassionate heart.