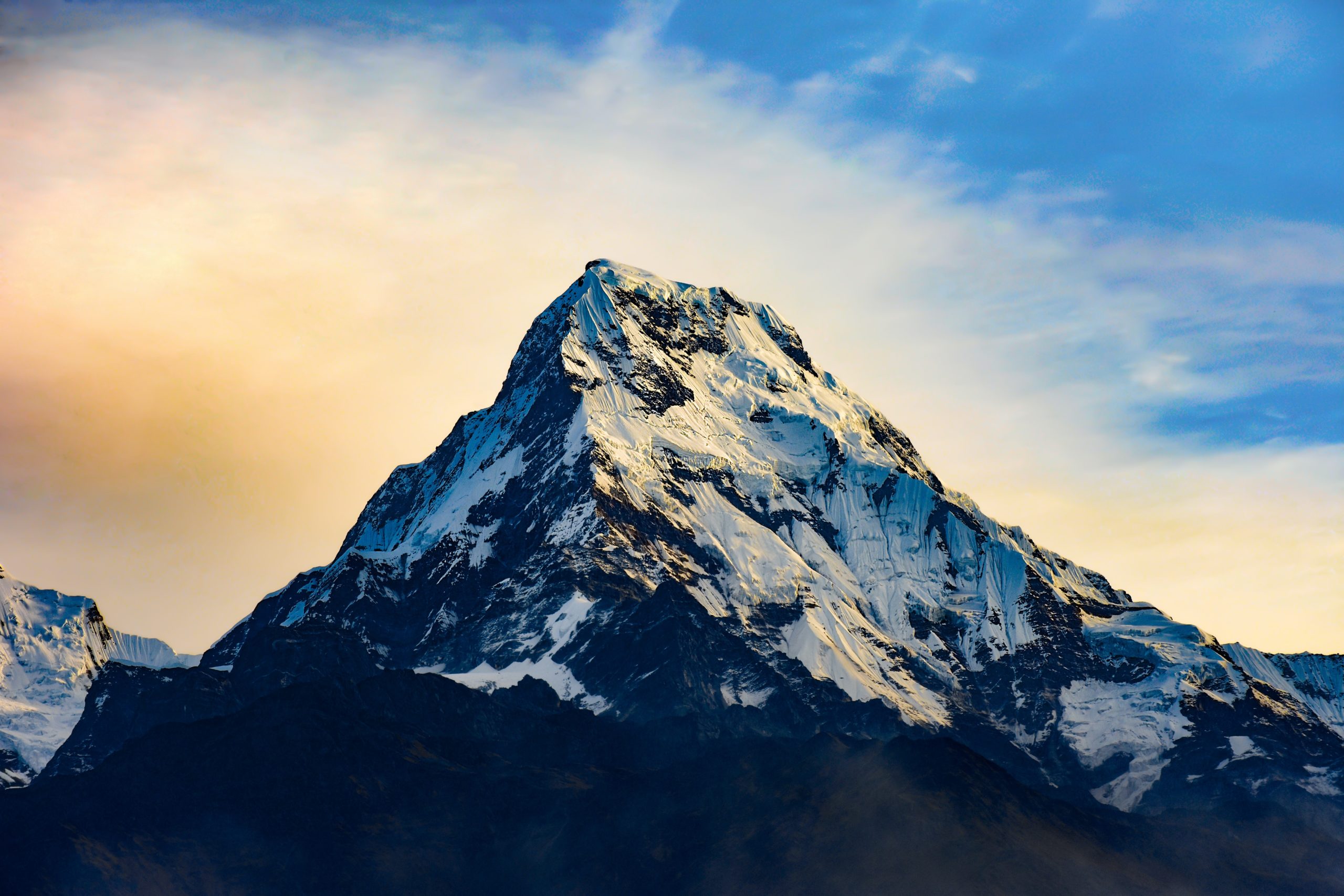 The Need for a Higher Vision

The great question for those who are dedicated to helping humanity through this crucial time of choice is how to change the values that currently govern the world, how to offer a higher vision of our presence and role on this planet.

For the last four thousand years, we have been on the wrong path. During these millennia, the warrior leaders of different civilizations have followed the path of conquest, the path of dominance, power and glory. They are still following it. Until very recently people had no choice but to acquiesce in this pattern and to suffer its consequences.

The time has comewhen, if we are to survive as a species, we have to change our relationship with the planet; change it from exploitation and dominance to care and service. This pandemic is a supreme opportunity to recognize the harm we have done to it, to create a new kind of civilization based on entirely different values and beliefs. This involves an alchemical transformation of what we are into what we are capable of becoming.

The Great Work of Alchemy

The Great Work of Alchemy is about the transformation of human consciousness. It has three stages; The Nigredo, the Albedo and the Rubedo.

The Nigredo, symbolised by the raven,is the first phase of this process, described as a blackness blacker than black; a phase of acute suffering, confusion, grief and loss, a descent into the underworld, a surrender to dismemberment and a virtual death prior to rebirth. What the world is going through now with this pandemic is a collective Nigredo.

The Nigredo is a call that comes to us from the depths of the Cosmos, calling us to transform, to raise the whole of humanity to a new level of understanding and relationship.

Two thousand years ago, this dark prophecy was recorded in an Essene community in Palestine:

“But there will come a day when the Son of Man will turn his face from his Earthly Mother and betray her, even denying his Mother and his birth right. Then shall he sell her into slavery, and her flesh shall be ravaged, her blood polluted, and her breath smothered; he will bring the fire of death into all the parts of her kingdom, and his hunger will devour all her gifts and leave in their place only a desert.All these things he will do out of ignorance of the Law, and as a man dying slowly cannot smell his own stench, so will the Son of Man be blind to the truth: that as he plunders and ravages and destroys his Earthly Mother, so does he plunder and ravage and destroy himself. For he was born of his Earthly Mother, and he is one with her, and all that he does to his Mother even so does he do to himself.”

The pandemic gives us the opportunity to change course before it’s too late. We are on the knife edge between two different kinds of existence: one that unthinkingly continues with ‘business as usual’ and the other where we respond to the looming ecological challenge set by Climate Change. This means radical change in every sphere of life: change in politics, economics, business practices and consumerism; change above all in our attitude to and relationship with this precious planet. For too long, we have treated it as our servant, even our slave, using its resources for the benefit of our species alone.

We can see already see change happening before our eyes. The devastating impact of the pandemic has brought communities and nations together. It has opened our collective heart in an unprecedented way. It has demonstrated our shared humanity: how any one of us, whatever the colour of our skin, however rich or poor, may succumb to this virus. It has also illustrated the huge reserves of courage and love we carry, reflected in the devoted care that doctors, nurses and care workers have shown — at the risk of their own lives — to those afflicted by this virus.

Something unprecedented and deeply moving is happening. People’s hearts are opening as they watch elderly parents and grandparents dying in their thousands in care homes, and doctors and nurses struggling to save lives in hospitals where the dying cannot say goodbye to their loved ones.

We face a stark choice between continuing on the path we are on or beginning to live and act from a radically different understanding of life. The immensity of the task facing us is daunting. Yet the indomitable courage and creativity of our species can rise to it, challenging the drive for power and dominance that has characterized our history over the last four millennia. Since, at the quantum level, we are all connected, when thousands of us begin to change our consciousness, millions are affected. Believing that we are separate from nature, we have lost touch with the life of the earth and with the evolutionary intention of the cosmos for this planet. We still have no idea why we are here or what our true role is. Only the Indigenous Peoples on different continents have retained these ancient connections and insights intact. For decades they have been warning us of the danger of the path we are treading, utterly unaware, as we are, of the deeper dimensions of reality they have never lost touch with.

The virus is both a warning to us and a symptom of distress from the organism of the planet itself whose life is threatened by our ever-increasing numbers and unsustainable pressure on its resources — above all, by our gross and ignorant interference with its life processes. It is calling us to a collective shamanic descent into the underworld of loss, grief, depression and death, prior to an ascent as an awakened humanity that understands that its life and wellbeing are inseparable from the life and wellbeing of the planet.

The whole Universe is a Unified Field

The New Story emerging in quantum physics is that the whole universe is a unified field. We live within a cosmic web of life which underlies and connects all life forms in the universe and on our planet. Every atom of life interacts with every other atom, no matter how distant. We are not only connected through the Internet but through the infinitesimal particles of sub-atomic matter. We are part of an immense Field of Consciousness which sustains not only our world, but the entire universe. A new cosmology is struggling to be born; a new vision of our profound relationship with an intelligent, living and interconnected universe. The realization is dawning that we are participants in a Cosmic Consciousness or Intelligence which is present in every particle of our being and every particle of matter. We are, each one of us, an expression of a single Cosmic Organism. Contrary to what we have been taught for over two thousand years, Spirit or God is not something distant from us, transcendent to us. We are part of it, at the very heart of it, co-creators with it.

There are great dangers in this time of change. The major social one is our ever-increasing numbers. Another is the increasing control that governments will try to exert over the nations they govern. The virus crisis has facilitated the mass application of AI technologies and the minute surveillance of entire populations. In the name of national security, it is easy for the state to use fear and uncertainty to promote and implement initiatives that would normally be challenged and rejected by democracies. These new technological changes should be recognized as a temporary expedient, acceptable and valuable during this crisis but they should not be allowed to continue when it has passed. Otherwise, the world they will end up creating will be an authoritarian technocracy — an outcome that must, at all costs, be prevented.

We could have a science and technology that works withnature, humbly respecting its harmonious order. Believing ourselves to be separate from nature and above nature, we have grossly interfered with that harmony and are bringing disease and extinction upon ourselves. As a species, we have become hugely arrogant and inflated — what the Greeks called hubris.

What the impending ecological crisis forces us to confront is that we have sacrificed meaning, morality, and almost all higher values for the ‘sordid boon’ of material wealth and wordly power. To keep drinking from this poisoned chalice will bring only sickness and death.

We are all called to a profound process of transformation that is manifesting as a new planetary consciousness, a consciousness which recognizes that we are part of a Sacred Web of Life. Once, long ago, the world was experienced as alive with spirit. Nature was part of a sacred cosmic whole. It was the eradication of spirit from the natural world that ultimately removed from the people living through the millennia of the Patriarchal religions their age-old sense of participation in a Sacred Order. The message of the greatest spiritual teachers about the sanctity of life has been consistently ignored, not least in the continued creation of demonic weapons of destruction, whose very existence pollutes the earth. Religions have separated nature from spirit; materialist science has done away with spirit altogether. We need urgently to recover the forgotten vision of the sacredness of life if we are to respond to the challenge of this crucial time of choice and heal our neglected soul, our culture and our raped and vandalized planet