From the first stirrings of conscious awareness, we have sought relationship with the cosmos. This is perhaps our deepest instinct. 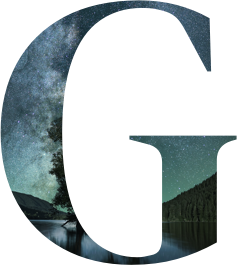 The New Image of God

The Great Revelation of Our Time

We are moving from the story of a dead insentient cosmos to a new story of a cosmos that is vibrantly alive and the primary ground of our own consciousness. But more than this, we are moving towards a new concept of God and of our relationship with God which is a revelation as great as any we have ever had. We are moving from an image of God as a creator separate from creation to an image of spirit as the sublime Intelligence within the process of cosmic and planetary evolution, with ourselves as participants in that process. An Eternal Consciousness participates in the life of this universe and we are a manifestation of that Consciousness just coming to awareness that we participate in its life, that we are co-creators with it, that we are, essentially, divine beings.

Four of the greatest sages of the last century, Sri Aurobindo, C.G. Jung, Bede Griffiths and Pierre Teilhard de Chardin saw the inner history of the world as the progressive incarnation of spirit, lived through the evolving soul of the individual. Jung said that the “Holy Spirit” was an impelling force, creating wider consciousness and responsibility and increased understanding. “It was only quite late that we realized (or rather, are beginning to realize), that God is Reality itself and therefore—last but not least—man.” With that single sentence, he offered us a radically different image of God and a radically different image of ourselves.

Selected Excerpts from Chapter 17 from my book: The Dream of the Cosmos