Demonizing or dehumanizing an enemy, can lead to the situation where the collective mind is flooded with shadow projections. 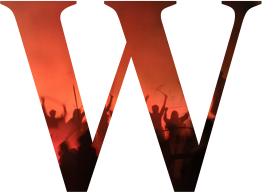 The Struggle For Primacy and Dominance

and The Roots Of War

For over four thousand years war has been glorified as the noblest activity for man, victory and the spoils of war the coveted treasure to be won in battle, courage in the face of death the supreme virtue. Yet now, this archaic ethos is being called into question by many individuals who are saying that, because of its devastating effect on the fabric of civilization, war can no longer be an option for us. We have to find another way to settle our disputes. Weapons that were unimaginable a hundred years ago can now obliterate the lives of millions of helpless civilians and devastate vast areas of the earth’s surface, effectively sending survivors back to the Stone Age. Before we had weapons of mass destruction which can wreak obscene suffering with a single bomb and contaminate the earth for generations, the drive for supremacy between tribal groups and nations was thought not to matter too much, although it has caused untold anguish in the past. But now it threatens our very survival as a species.

War is a habit based in deeply unconscious instincts. It is high time it was relinquished, outgrown. What is truly alarming is that a single individual who has access to the technology of destruction now has the power to destroy the lives of millions because he believes that the use of these weapons in a pre-emptive strike against a designated enemy is justified or, more dangerously, because he sees himself as the agent of God in eliminating evil from the world and instituting a new order. What is even more alarming is that leaders still cannot see that the actual development and proposed use of these weapons is a moral obscenity, something that corrupts us in our very soul.

Selected Excerpts from Chapter 6 from my book: The Dream of the Cosmos 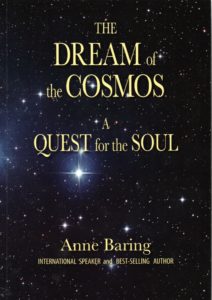 The Dream of the Cosmos

„The Dream Of The Cosmos“ presents the crisis of our time with great clarity and offers solutions for individual and planetary healing. This book is concise, thorough and scholarly as well as poetic, heartfelt and spiritual. Anne Baring’s magnum opus … 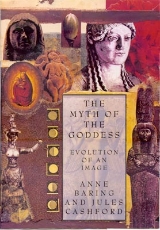 The Myth of The Goddess

When we began this book we intended simply to gather together the stories and images of goddesses as they were expressed in different cultures, from the first sculpted figures of the Palaeolithic era in 20,000 BC down to contemporary pictures of the Virgin Mary.