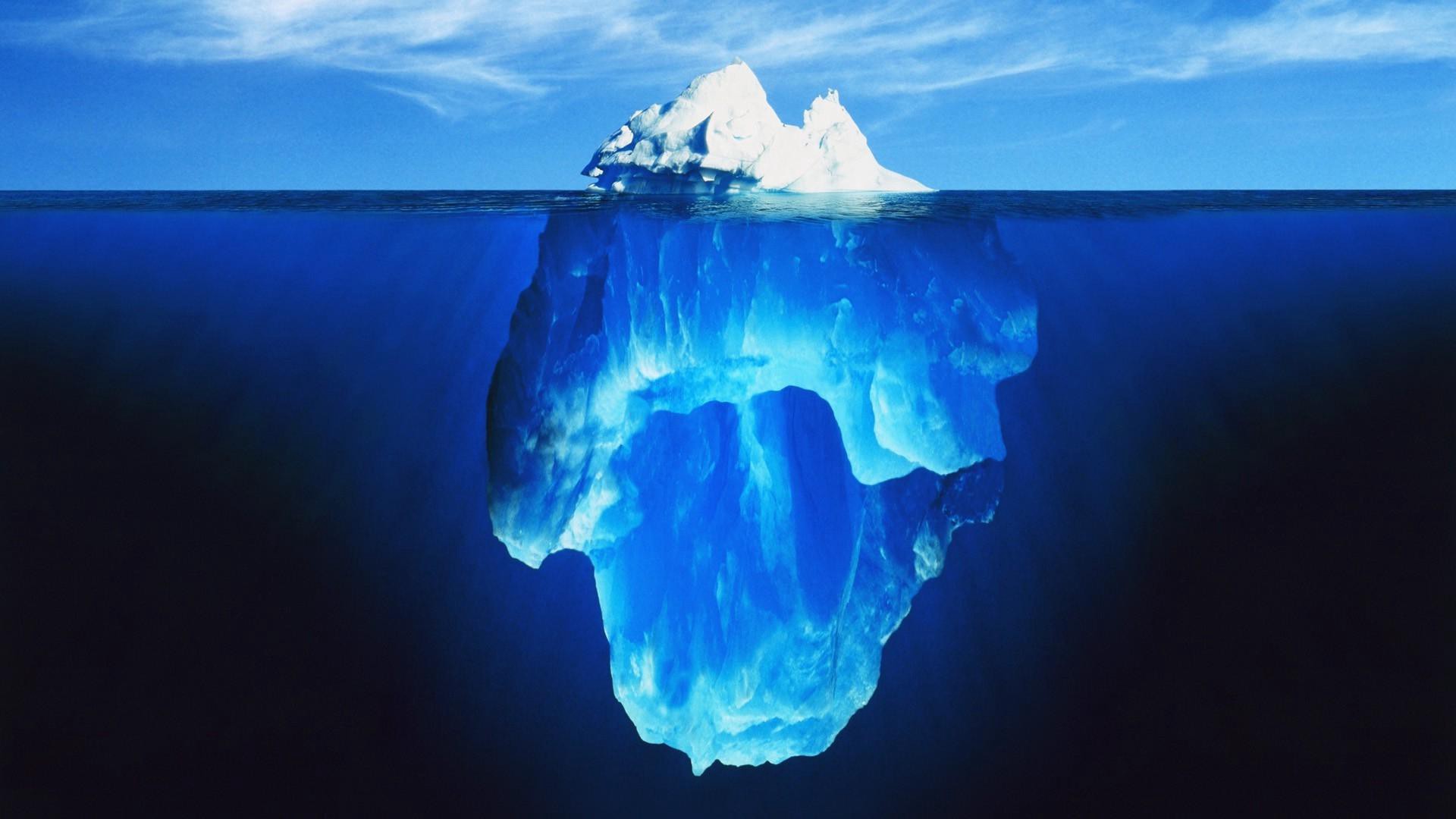 The Concept of the Unconscious

Our psyche is set up in accord with the structure of the universe, and what happens in the macrocosm likewise happens in the infinitesimal and most subjective reaches of the psyche.

Jung’s great contribution to an expanded understanding of our nature is that our psychic life has, as it were, two poles. Beyond the conscious mind lies a vast unexplored hinterland — the unconscious, or the root and rhizome of the soul as he called it, whose existence is, even now, not acknowledged by either religion or science.

Jung named the aspect of the unconscious that is closest to us and relates to our individual experience of life the personal unconscious—those feelings and tendencies which may have been repressed due to parental and cultural conditioning, religious indoctrination, social and tribal custom as well as parental complexes and sibling rivalry. In this part of the unconscious that is closest to consciousness may be found feelings of fear, guilt, anxiety, unacknowledged rage which have their origin in early traumatic experience. But it also holds the creative potential—the ideas, longings and creative gifts—which could not be given expression because they were not helped to develop or because there was no cultural container to receive and develop them.

Many people grow up utterly unaware of how complexes in the personal unconscious may direct and constrain them—perhaps stemming from a rigid internalized structure of control and repression — parental or religious — which may have been passed down in their family or culture for generations or, as is the case today in our secular culture, from the total absence of parental care in childhood and the consequent lack of boundaries and support of any kind.

Consciousness rests like a lily-pad on this greater substratum of our psychic life which has a “collective, universal, and impersonal nature which is identical in all individuals.” Jung described the collective unconscious as  “the mighty deposit of ancestral experience accumulated over millions of years, the echo of prehistoric happenings to which each century adds an infinitesimally small amount of variation and differentiation.”

Because the collective unconscious is, in the last analysis, a deposit of world-processes embedded in the structure of the brain and the sympathetic nervous system, it constitutes in its totality a sort of timeless and eternal world-image which counterbalances our conscious momentary picture of the world. It means nothing less than another world, a mirror-world if you will. But unlike a mirror-image, the unconscious image possesses an energy peculiar to itself, independent of consciousness. By virtue of this energy it can produce powerful effects which do not appear on the surface but influence us all the more powerfully from within. These influences remain invisible to anyone who fails to subject his momentary picture of the world to adequate criticism and who therefore remains hidden from himself. That the world has an inside as well as an outside, that it is not only outwardly visible but acts upon us in a timeless present, from the deepest and apparently most subjective recesses of the psyche—this I hold to be an insight which, even though it be ancient wisdom, deserves to be evaluated as a new factor in building a Weltanschaung [worldview].

The Loss of a Living Myth

The emergence of the conscious ego tore us out of nature and a purely instinctive way of responding to life. Its coming into existence involved a great loss, the loss of the state of unconscious participation in the life around us, the loss of a different kind and quality of consciousness and the instinctive sense of belonging to a greater whole. In Man and His Symbols, Jung summarized this loss and it is worth quoting at length because it is so important:

“As scientific understanding has grown, so our world has become dehumanized. Man feels himself isolated in the cosmos, because he is no longer involved in nature and has lost his emotional “unconscious identity” with natural phenomena. These have slowly lost their symbolic implications… No voices now speak to man from stones, plants, and animals, nor does he speak to them believing they can hear. His contact with nature has gone, and with it has gone the profound emotional energy that his symbolic connection supplied.”

In a passage Jung wrote in his commentary on the Chinese textThe Secret of the Golden Flowerhe describes how, as consciousness gains more and more autonomy and independence from the deeper matrix of the instinct, the whole super-structure of consciousness becomes disengaged from the age-old instinctive base or ground out of which it has developed. “Consciousness thus torn from its roots… possesses a Promethean freedom but it also partakes of the nature of a godless hybris.”This unconscious split creates conflict between the two aspects of the psyche which finds its way into the many conflicts that are acted out in our relationships as well as in the wider arena of the world. Yet what confronts us as an implacable enemy may be a convoluted expression of the dissociated instinct that we, in our conviction that the rational mind should be our sole guide and the ruler of our actions, have ignored.

The collective unconscious is like a vast memory field

Elsewhere he called it the two-million-year-old man or woman in whose house we live but whose acquaintance we have not yet made. The collective unconscious is like a vast memory field – a kind of psychic DNA – which holds the experience of all that has transpired since the beginning of our evolution as a species on this planet. But more than this, it embraces the whole of what other species have experienced—the total species and planetary memory and, above all, the basic instinctive patterns which give rise to physical forms as well as to specific patterns of behaviour common to all people on the planet.

We bring these patterns with us when we are born, part of our personal psychic DNA. Because of this immemorial experience, the collective unconscious is, as he said, “the source of all sorts of evils and also the matrix of all divine experience and, paradoxical as it may sound — it has brought forth and brings forth consciousness.”

One of the most important aspects of his work was his understanding of dreams as a means of reconnecting the conscious ego with this deeper dimension of the unconscious: “The dream,” he wrote, “is a little hidden door in the innermost and most secret recesses of the soul, opening into that cosmic night which was soul long before there was any ego-consciousness, and which will remain soul no matter how far our ego-consciousness extends… All consciousness separates; but in dreams we put on the likeness of that more universal, truer, more eternal man dwelling in the darkness of primordial night.” As his understanding of his own dreams deepened, Jung realized that the development of the ego and conscious mind was a staggering evolutionary achievement. A dream showed him the importance of consciousness per se:

It was night in some unknown place, and I was making slow and painful headway against a mighty wind. Dense fog was flying along everywhere. I had my hands cupped around a tiny light which threatened to go out at any moment. Everything depended on my keeping this little light alive…This little light was my consciousness, the only light I have. My own understanding is the sole treasure I possess, and the greatest. Though infinitely small and fragile in comparison with the powers of darkness, it is still a light, my only light.

While traveling in Africa, and gazing down over the immense plains spread out before him where herds of animals were grazing and moving as they had for countless thousands of years, Jung realized in a moment of sudden illumination, that without the existence of human consciousness, all that he saw that had existed from time immemorial would have had no witness to its existence. Without our consciousness, there would have been no-one to perceive the world, reflect upon it and interact intelligently with it. Realizing this and looking for a myth for our time, Jung found it in the fact that, through the coming into being of consciousness, or the conscious self-reflective mind, man has become indispensable

for the completion of creation, a second creator of the world, who alone has given to the world its objective existence—without which, unheard, unseen, silently eating, giving birth, dying, heads nodding through hundreds of millions of years, it would have gone on in the profoundest night of non-being down to its unknown end.

“As far as we can discern,” he observed, “the sole purpose of human existence is to kindle a light in the darkness of mere being. It may even be assumed that just as the unconscious affects us, so the increase in our consciousness affects the unconscious.”

That is perhaps why he felt that “the psyche is the greatest of all cosmic wonders and the sine qua non of the world as an object.”