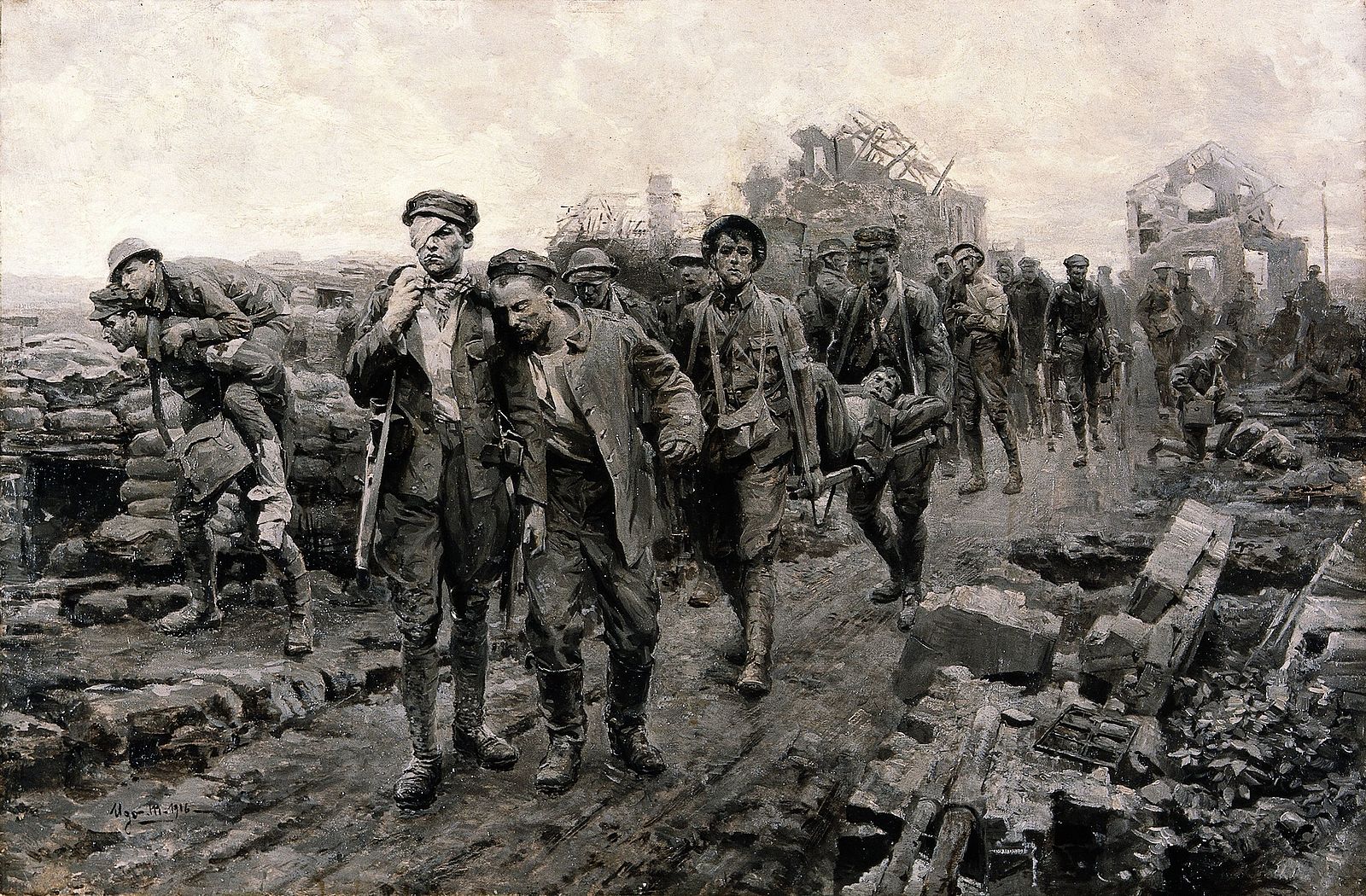 War as a Rape of the Soul

The destruction of the life of another human being and, in a wider sense, the life of the planet and the species it sustains, becomes easier to accept when the sense of the sacred is lost, when people no longer feel they are living within a Sacred Order and when the values of the “real world” prevail over the values of another order of reality, values which religions have tried and failed to establish.

The divine and the demonic are very close together; only a thin line separates them. We who are indeed capable of divinity are also capable of the demonic. And the deepest of all demonic activity is the use of our divine imaginations to invent destruction.

What is the effect of war on the soul? From the perspective of the cosmic dimension of soul and the different values related to humanity’s responsibility towards the earth described in Chapter Ten, war de-humanizes us and corrupts us in our very soul; it is a crime against the Sacred Order of life itself. War inflicts a terrible wound on the soul, a wound that can never heal because of the legacy of the traumas and memories it leaves behind, not only with the living but with the dead.

At the beginning of her book, A Small Corner of Hell, Dispatches from Chechnya, Anna Politkovskaya, the Russian journalist assassinated outside her home in Moscow in 2006 for speaking out against the atrocities she witnessed in Chechnya, quotes a passage from an early book written by Tolstoy. I have included it in this chapter in memory of her courage and dedication in exposing the horrors of war:

All nature seemed filled with peace-giving power and beauty. Is there not room enough for men to live in peace in this magnificent world, under this infinite starry sky? How is it that wrath, vengeance, or the lust to kill their fellow men can persist in the soul of man in the midst of this entrancing Nature? Everything evil in the heart of man ought, one would think, to vanish in contact with Nature, in which beauty and goodness find their most direct expression. War? What an incomprehensible phenomenon! When reason asks itself, is it just? Is it necessary? an internal voice always answers no. Only the permanence of this unnatural phenomenon makes it natural, and only the instinct for self preservation makes it just.

What greater pain could mortals have than this: to see their children dead before their eyes.

The most Demonic Weapon ever devised by Man

Chapter Six described how, during the four thousand years of the solar era, war became endemic until, in the last century, the most demonic weapon ever devised by man was used against civilians in the bombing of Hiroshima and Nagasaki. The philosopher John Gray accurately observes in his book, Straw Dogs, that “as science and technology have advanced, so has proficiency in killing. As the hope for a better world has grown, so has mass murder.”

In July1955, Albert Einstein, Bertrand Russell, Joseph Rotblat (who left the Manhattan Project when he saw where it was leading) and eight others signed a manifesto warning of the dire consequences of nuclear war, urging complete global disarmament. This statement, known as the Russell-Einstein Manifesto, was Einstein’s final public act and he died shortly after signing it. In it the signatories urged people to remember their humanity and forget the rest: “We have to learn to think in a new way. We have to learn to ask ourselves, not what steps can be taken to give military victory to whatever group we prefer, for there no longer are such steps; the question we have to ask ourselves is: what steps can be taken to prevent military contest of which the issue must be disastrous to all parties.”

War encourages and justifies the propensity for cruelty and barbarism latent in each one of us. The very first result of the bombing of Hiroshima was to encourage other states to develop the same weapon so they would be on an equal footing with the power of the nuclear state; proliferation has led to further proliferation in a kind of escalating sibling rivalry. Now Iran is developing a nuclear bomb, drawing the inevitable defensive response from the West. It is not difficult to see that these agents of mass death do not protect us from war but inexorably draw us towards their ultimate use.

Relinquishing these weapons is the most challenging task for our species to accomplish because it goes against all our conditioning and our deepest survival instincts. In addition to these, it goes against an immensely powerful mythology that holds us in a kind of collective spell, convincing us that we have continually to prepare for war and, once embarked on war, we must achieve victory.

When many people are being killed,
They should be mourned in heartfelt sorrow. That is why a victory must be observed like a funeral.